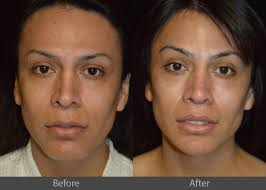 Discrimination, Abuse, and Stigma on a Regular Basis

A study from 2016, published in The Lancet, by the American Psychological Association, showed that the issue may not necessarily be discrimination and abuse themselves, but rather the constant – nearly daily – basis on which these things occur for those who are transgender. Living with a lack of acceptance and dangerous abuse every day causes significant distress and impairment that is equivalent to the type of impairment suffered by those with significant mental disorders. (That isn’t to say that those who are transgender are mentally disordered – simply that they suffer similar symptoms due to the discrimination they face.)

Living with such a high stress level can cause people to engage in behaviors considered risky, and be more likely to experience accelerated brain aging and cognitive decline.

If you or a loved one is feeling depressed or suicidal and is in need of transgender therapy, contact us for a consultation at 469-429-7557.